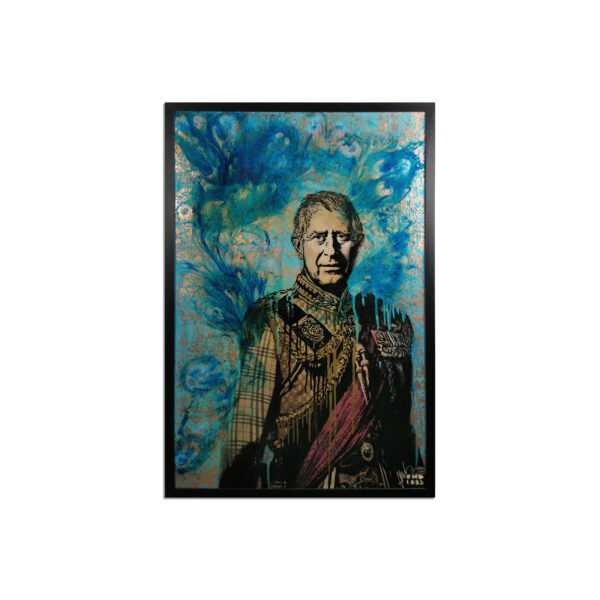 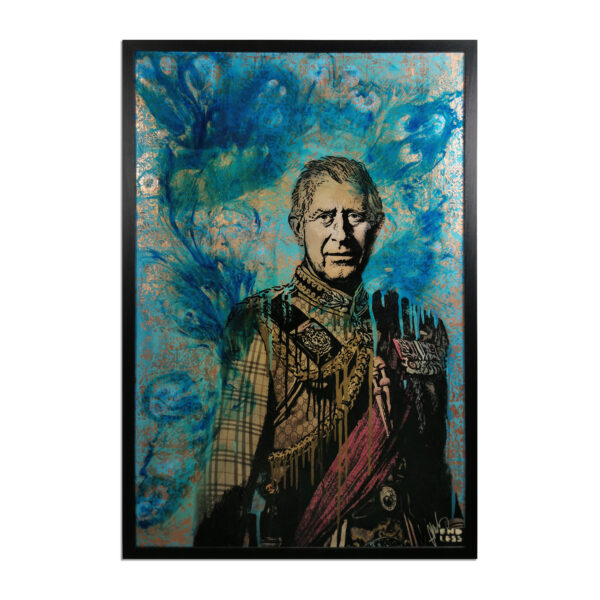 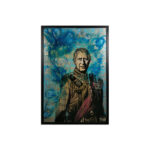 This artwork was created by Endless for his 2017 show – The Royal Variety Adornments. The exhibition revealed depictions of various royal family members and celebrities, adorned with recognisable designer brands – a comment on the highly regarded status of luxury brands among modern society. This piece depicts Prince Charles wearing traditional regal clothing, with the addition of the distinctive Burberry and Gucci fabrics incorporated throughout. Endless created this artwork using a combination of free hand painting with acrylics and spray paint and digital design, with a resin sealant.

Endless, an Artist we have loved and worked with since we first entered the Art market, is a London-based contemporary street artist, whose artworks tell a visual story and observation of the world he sees around him. Starting out using the walls of our nation’s capital as his canvas, a bold street-art aesthetic is still prevalent throughout his works – infused with a mix of contemporary techniques. His work often comments on society’s reaction to the media, the influence of the advertising industry and the shift in modern priorities from religious worship, to the ‘new era’ religion, where the shops are our chapels, the magazines our bibles and the fashion icons are our gods. His career exploded in 2016 when he was asked to work with the legendary Gilbert and George and was followed by historic collaborations with brands such as Karl Lagerfeld, Fiorucci (FI-O-RU-CHY) and Liberty London.

Endless’ legacy will always boast that he was the first street artist to have his work feature in the world-renowned Uffizi Gallery one of the many reasons why his work is collected by some of the most wealthy and famous individuals of our generation.