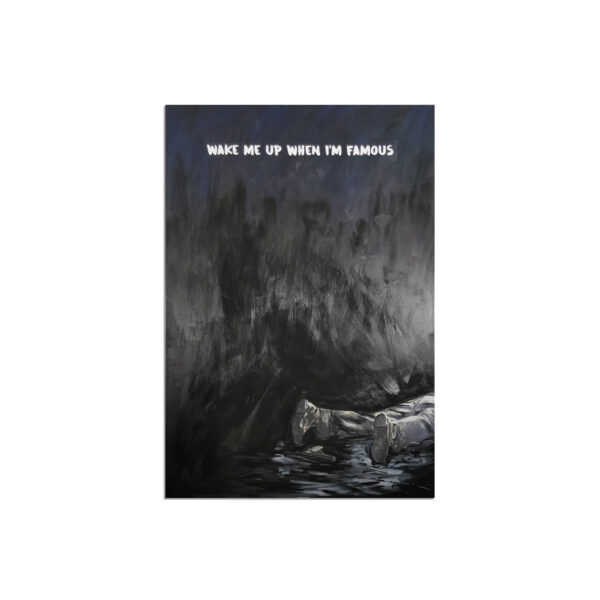 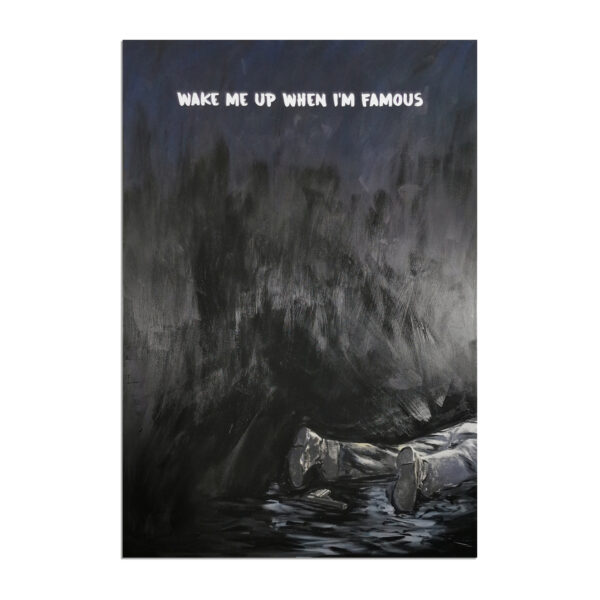 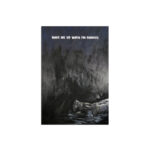 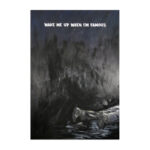 Mr Controversial – Wake me up when i’m famous

Mr. Controversial is a 30 something London based Artist who; transforms vintage imagery relegated to the past and brings it back to life with oil paint and relatable captions that tell comical, satirical and sometimes dark stories.

He plays with the concept of ‘The Familiar Surprise’. You’ve not seen this image before presented in this way but it reminds you of something familiar. He creates Imagery that elicits an emotional response and triggers a nostalgic or dark memory, packaged in satirical, relatable captions and quotes.

Drawing from his professional experience in the advertising industry working on campaigns for a variety of brands, his work is born out of a passion for crafting engaging visual communication and marketing psychology; understanding the science behind the things we buy, buy into and /or share and also personal frustrations of a social media obsessed world.

Relatability, shareability and storytelling are the foundations of his own artwork and no longer Ad campaigns for brands.

Mr. Controversial sais; “Each piece should be instantly relatable to the viewer, as if you have stumbled upon something that hits the nail on the head of your own everyday life, making the ordinary extraordinary & hilariously absurd.

I want to create art that speaks to people on a personal level, (the inner you) as if I know something about them that nobody else does. If you don’t look at my art and think ‘OMG that’s so true’ or ‘That’s SOOO me, I can relate’ and if you aren’t blown away by the aesthetic in the imagery and oil paint… then I haven’t bloody done my job!”

What’s with the name?

He is controversial in the way he has just recently come onto the art scene and has already had an impact and captured the eyes of established collectors and an audience. He argues his ‘lack of’ traditional art training allows him to create outside of traditional form and convention; “I envision the piece I want to create and pull together the various elements in order to create it, I don’t allow my limitations to prevent me from creating. I believe true creativity is working outside your limits.”. A fresh approach to fine art.

He is also controversial in his fearless approach to art, not worrying about who he offends or pokes fun at. “Some of the captions are bound to offend, unsettle and provoke thinking, but isn’t that what art is about?”

He is Controversial in the way he re-appropriates vintage pulp imagery from the 1950’s to create something new, with new context, meaning and a new story.  Similar to a collage artist, using vintage photography or fiction books as source material but also a traditional artist who uses canvas and oil paint. He then creates captions that are born out of viral social media posts, memes and quotes, testing and tweaking to see which gains the most traction amongst his followers. A scientific approach to finding the right sequence of words and relatable captions that connect with the viewer, perfectly matched with the vintage image and oil paint.

“My aim is to make the viewer chuckle at the controversial nature of my work calling *B*U*L*L*S*H*I*T* on,  and poking fun at Millennials and their ‘first world problems’ our digitised generation obsess over, from lifestyle choices, dating, fear of gluten to Social Media fame.  As someone who remembers the world pre-internet, it’s safe to say the world is becoming a bit of a strange place.

I fuse vintage imagery with traditional fine art and social media content to create art that explores how we currently live our lives in this new digital world and just take the piss a bit. My approach and the way I communicate is dark, satirical, fearless, and controversial.

Behind the beautiful imagery is a dark story about yourself, just waiting to be discovered”